Bourne CallConnect operates six-days-a-week: 7am-7pm, Monday-Friday, and 7:30am-6:30pm on Saturdays. The service has a large operating area and includes Castle Bytham, Billingborough and the Waterside Garden Centre at Baston. 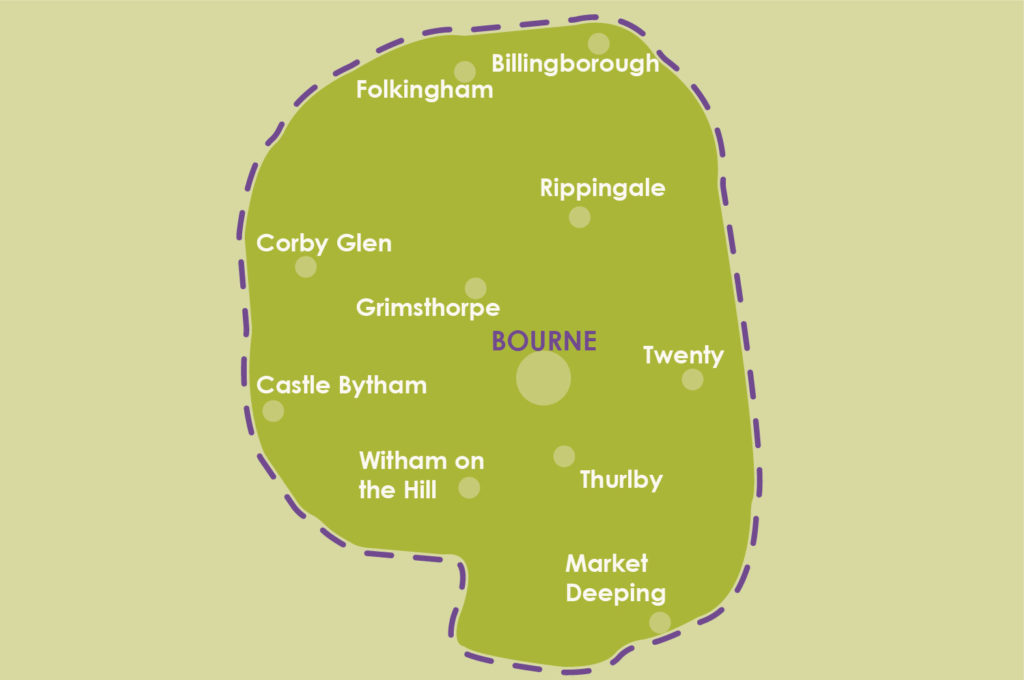 Bourne is an historic market town in the south of Lincolnshire and it is located on the intersection of two main roads: the A15 and the A151. Although Bourne doesn’t have a railway station, it does have a large bus station in the centre of the town with frequent public transport links to Peterborough, Stamford and Spalding, and in these locations rail connections are available. Bourne is surrounded by some of the most beautiful Lincolnshire fen villages, which it why it has become popular with young families.

For the past 80 years, Bourne has been noted in the field of motorsport under the names of Raymond Mays, ERA, BRM, the Hall Brothers and Pilbeam Racing Designs. The town’s large industrial estates are home to engineering and manufacturing companies. In addition to its motorsport heritage, one of the UK’s oldest family-run bus companies – Delaines – who still operate a large and modern fleet out of the town bus station, also run a dedicated museum and this is open to the public on Heritage Bus Day`s and from March to October on the second Saturday of each month.

It's #NationalWalkingMonth #Lincolnshire has so many beautiful places you can go and #ConnectWithNature why not use… https://t.co/9Xvj5YX8iq

RT @transportgovuk: Thank you to everyone who is travelling safely and to the transport operators working hard to keep seats and surfaces c…

Some great info/ advice for coming out of lock down and restrictions easing https://t.co/hCDEucL2So

RT @StagecoachEMid: #Skegness Timetables 1 and 3 changed on 17th May. You can download the timetable here ➜ https://t.co/KMDFHczs3N https:/…

To book your CallConnect journey for Lincolnshire CallConnect and Bourne, Stamford and Peterborough CallConnect services select All Areas.

Only for bookings from 22nd February 2021 onwards