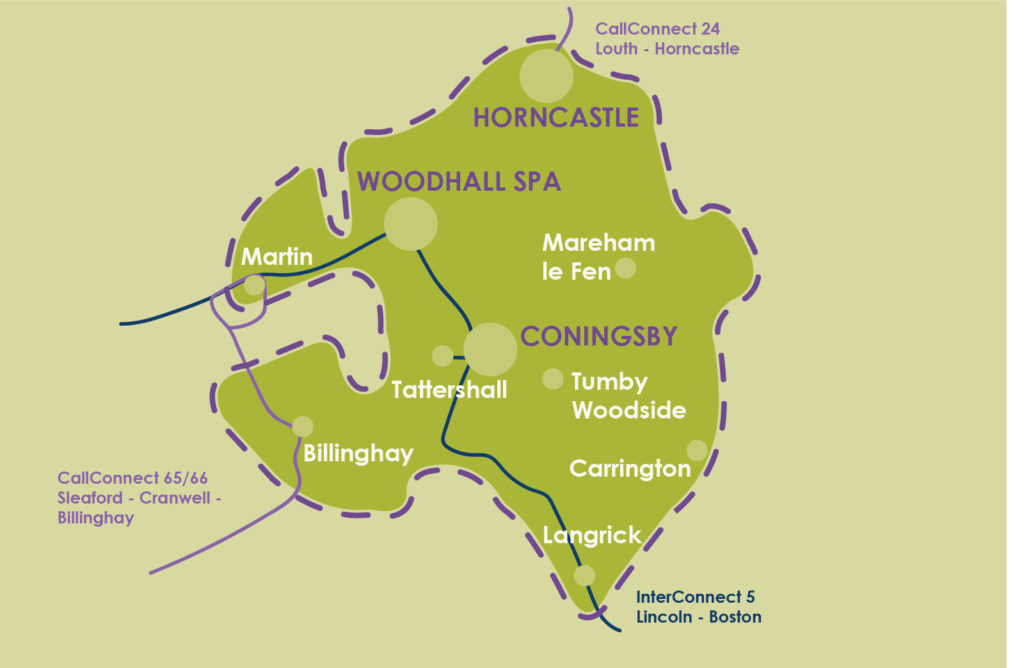 Woodhall Spa is often described as the most beautiful village in Lincolnshire and along with its neighbouring village, Coningsby, is located in one of the most peaceful areas of the county.

The InterConnect 5 bus route provides the most frequent connection between Lincoln and Boston, and at Horncastle the InterConnect 56 provides further connections to Skegness. The nearest railway station is at Metheringham with routes to Lincoln and Sleaford. Woodhall Spa and Coningsby were among the first Lincolnshire villages to have a dedicated on-demand bus service to improve connections to other bus and rail services.

Woodhall Spa, Coningsby and the surrounding area have a rich and proud aviation history. Woodhall Spa is the home of the famous 617 Dambusters Squadron and memorabilia from the squadron is on display in the Dambusters Bar, and just up the road at Coningsby is the Battle of Britain Memorial Flight Visitor Centre, home to the only fully operational Lancaster Bomber in the country. Every year Woodhall Spa plays host to one of the country’s biggest 1940s weekends. Nearby, Tattershall village is surrounded by miles of open countryside and boasts the dramatic architecture of Tattershall Castle, an impressive and rare red brick castle.

RT @StagecoachEMid: Aged 19 and under? Say goodbye to your parent's taxi service and hello to your freedom! Grab a DayRider from £2.20* f…

RT @LincolnshireCC: ⚠️ Emergency Road Closure ⚠️ Drummond Road (junction with Lumley Avenue) in Skegness has been closed due to a sinkhol…

RT @StagecoachEMid: Get paid while you train! 🚌 We're looking for people to become bus drivers in #Lincoln, if you have a driving licence…