We are piloting the use of new scheduling technologies in this area so you can book and manage your CallConnect journeys through our new app. Download the app today.

CallConnect does not offer town journeys in Gainsborough except for passengers who have mobility impairment and may use mobility aids such as wheelchairs and walking frames. 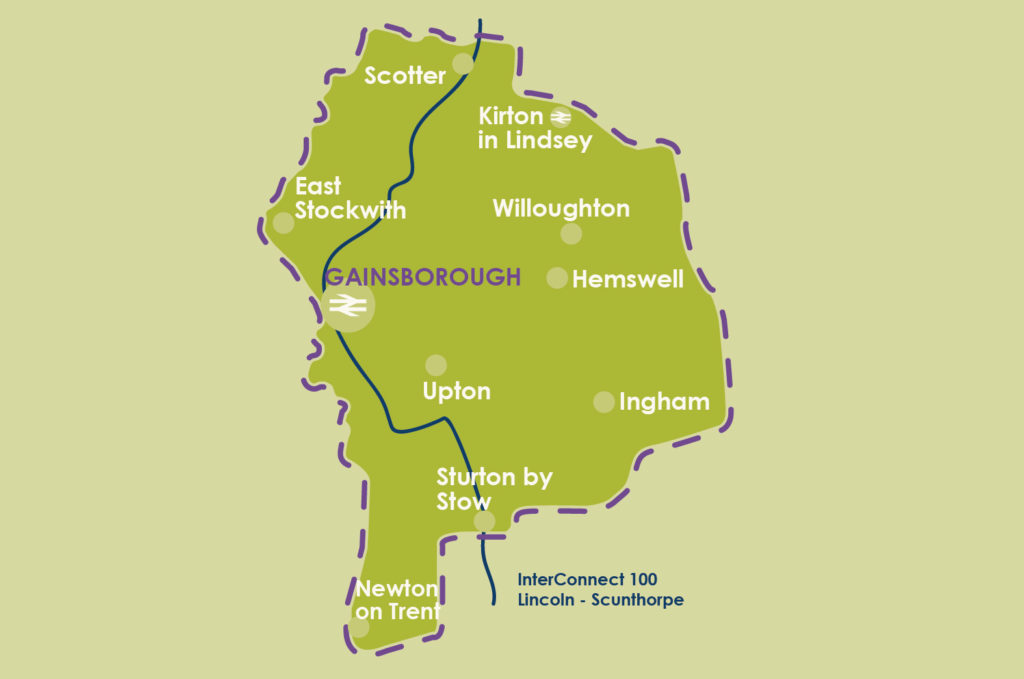 Gainsborough is a large and flourishing town in the north west of Lincolnshire situated alongside the River Trent. Surrounding Gainsborough you’ll find a wealth of picturesque villages set in beautiful countryside. The bus station is at the heart of the town with many routes that includes the hourly InterConnect 100 bus service between Scunthorpe and Lincoln. Gainsborough also has two railway stations and offers plenty of rail connectivity to Doncaster, Sheffield, Retford, Brigg, Grimsby, Cleethorpes and Lincoln. These transport links are popular with both residents and visitors.

In addition to Gainsborough’s transport links, it has a rich and proud history dating back to its inclusion in the Domesday Book. Legend has it that King Canute unsuccessfully attempted to turn back the bore on the River Trent. The most prominent historic building is Gainsborough Old Hall, a 15th century manor house dating from medieval times, often cited as one of the best preserved timber-framed manor houses in the UK. More of the town’s history can be discovered through fascinating exhibitions at Gainsborough Heritage Centre. For shoppers, the thriving markets are held in the town centre and, in the award winning shopping centre, Marshall’s Yard, there is a regular Farmers’ Market.