Horncastle CallConnect operates six-days-a-week: 7am-7pm, Monday-Friday, and 7:30am-6:30pm on Saturdays. In addition to our easy-to-use bookable bus services to connect to Horncastle, there is the additional timetabled service: Service 24 Horncastle to Louth. 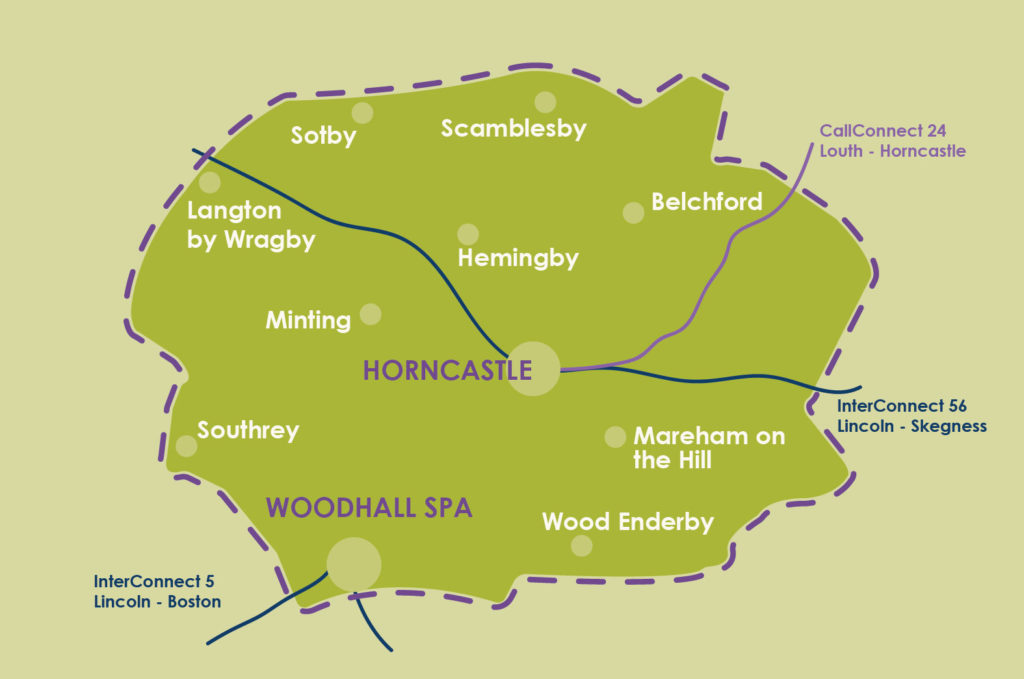 * Also served by a timetabled service.

Horncastle is a market town full of character, located in the heart of the stunning Lincolnshire Wolds and sitting between the River Bain and River Waring. The A158 runs through the town and the InterConnect 56 bus makes use of this road to provide an hourly service between Lincoln and Skegness. It was in Horncastle that the CallConnect service launched in 2001, putting it at the forefront of on-demand bus services.

Horncastle, specialising in antiques, is steeped in heritage and history dating back to its inclusion in the Domesday Book of 1086 when the town was claimed to be owned by King William. The remains of the town’s Roman wall can still be found in the library, and the cobbled streets and thatched houses have strong connections with the Lincolnshire rebellion of 1532 against the policies of King Henry VIII and the English Civil War. Horncastle’s most famous son is one of the world’s most famous botanists and explorers, Sir Joseph Banks, who travelled the world with Captain Cook and was advisor to King George III on the Royal Botanic Gardens at Kew. He is credited with bringing 30,000 plant specimens home with him.